The commonwealth has four new millionaires following the conclusion of the latest edition of Virginia’s New Year’s Millionaire Raffle.

The popular annual offering from the Virginia Lottery recently concluded another sold-out campaign. 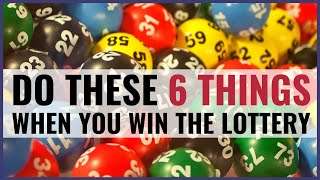 Winners came from all over Virginia. However, one city, Virginia Beach, had a $1 million winner as well as a $100,000 winner.

The Virginia Lottery expanded this year’s raffle, which launched in 2007. Rather than three millionaires, the 2021 raffle crowned four. The number of $100,000 winners also expanded from five to six.

The raffle tickets, which cost $20 each, were available in limited supply. A player purchased the final one of the 375,000 available raffle tickets on Dec. 23, according to VA Lottery officials. That created $7.5 million in raffle ticket sales, with $4,850,000 (64.7%) redistributed to players as winnings.

These were the odds to win a Virginia’s New Year’s Millionaire Raffle prize this year:

The VA Lottery sold the raffle tickets at its more than 5,300 retail outlets, including gas stations, retail stores, marinas, truck stops, and other local businesses. They were also available at the lottery’s self-service machines located throughout Virginia.

The full list of winners is available at VALottery.com.

Where winning raffle tickets were sold

As the VA Lottery liked to promote during the ticket-sale period, Virginia’s New Year’s Millionaire Raffle offers players the best odds of winning a million-dollar jackpot.

That promise prompted sales throughout Virginia. But for the raffle, the map of winners largely mirrored the map of population hubs in the commonwealth. As a result, many of the $1 million and $100,000 winners came from the eastern part of Virginia.

Here’s a PlayVirginia map to show where the winning tickets were purchased: The $1 million tickets were sold at: