The second Super Bowl that Virginians can legally bet on is less than a month away. With one of the most heavily bet on sporting events of the year just around the corner, it’s the perfect time to test your knowledge of the Big Game with some Super Bowl trivia.

Did you know that 100,000 people signed a petition to have “Weird Al” Yankovic perform the halftime show in 2014? Or that Super Bowl XLV was the first in history without cheerleaders?

If you did know those Big Game factoids, congratulations. You’re probably a very sought-after teammate when your local tavern hosts a trivia night.

If you didn’t know those informational nuggets, congratulations to you as well. You’re probably a very well-adjusted person with a broad knowledge base that doesn’t use brainpower to remember random facts.

With that being said, let’s see how many of these four Super Bowl trivia questions you can answer correctly. We’ll use a multiple-choice format, followed by the answer. Scroll through the page slowly so you don’t cheat yourself and read the answer before making your selection.

The New York Giants squared off against the Denver Broncos during the 1987 edition of the Super Bowl. With Phil Simms under center, the team from New York was victorious by a score of 39-20.

When asked, “Now that you’ve won the Super Bowl, Phil Simms, what are you going to do?” He was the first quarterback to utter the phrase following a Super Bowl title. It sparked a tradition for future Super Bowl-winning quarterbacks to also declare: “I’m going to Disney World!”

What prompted his response?

Disney paid the New York Giants legend $75,000 to say the line. The company didn’t want to be on the wrong side of the game, however. Therefore, it decided to pay Denver quarterback John Elway the same amount just in case the Broncos came out on top. 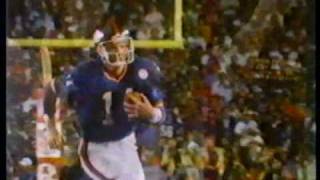 Which Super Bowl had higher ratings for the halftime show than the actual game?

Technically, the Super Bowl is just the game that determines which team wins the NFL championship. However, from a cultural perspective, it’s much more than that.

Non-football fans will still watch the game for the commercials that companies spend millions on during television breaks. And some of the entertainment industry’s biggest stars will perform for the halftime show.

Which halftime show had more viewers than the game did?

The “King of Pop” holds this distinction for his performance during the 1993 Super Bowl between the Dallas Cowboys and the Buffalo Bills.

Jackson is a pop music legend with 13 singles making their way to the top spot of the Billboard charts. However, the game itself might have something to do with the rating disparity.

Dallas routed Buffalo by a final score of 52-17. The Cowboys had a 28-10 lead when Jackson took the stage and scored three touchdowns in the fourth quarter alone.

It’s pretty safe to say that the only people really interested in the game are the gamblers still looking to win their Super Bowl squares.

Which champions were correctly guessed by the Simpsons?

There isn’t much background information needed on this question. But it should be noted that The Simpsons creator Matt Groening, aside from creating one of the most successful cartoons in history, is likely a time traveler.

This guy wrote an episode in 1997 that showed an Ebola outbreak in America. In 2014, the deadly virus made its way to the U.S.

In 2000, there was an episode in which Donald Trump ran for president. Just 16 years later, Trump held the highest office in the land. The list goes on and on. The show even predicted the FIFA corruption scandal a year before it was brought to light.

Which Super Bowls did the Simpsons correctly pick?

The Simpsons correctly picked the winners of Super Bowls XXVI, XXVII and XXVIII. Groening went on a three-year streak between 1992-1994 when he correctly predicted the Buffalo Bills to lose to Washington in ’92 and Dallas in ’93 and ’94.

Homer’s daughter Lisa Simpson was the character in the show that made the prediction. It appears that she was the sharpest bettor in the family. 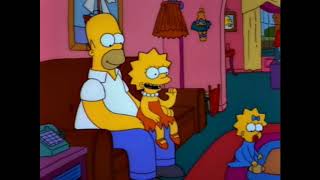 Which US president was the first to attend a Super Bowl?

Mayors of the cities with competing teams in a championship game sometimes make friendly bets over which city’s team would win. Those same championship-winning teams began visiting the White House. And sometimes a US president would be involved in the opening ceremonies. For example, George W. Bush threw out the first pitch at Game 3 of the 2001 World Series.

But which President was the first to attend the NFL’s championship game in person?

OK, I had to throw one trick question in here. I promise not to do it ever again.

No sitting president ever attended a Super Bowl. However, four vice presidents have. Which is almost as cool, I guess.

Steve Schult has covered the gambling world for the last decade. With stints as a staff writer for the World Series of Poker and Bluff Magazine, as well as the online content manager for Card Player Media, the New York native covered high-stakes poker tournaments and the overall casino industry. He’ll shift most of his focus to the Virginia, Maryland and Florida markets as a managing editor for Catena Media.

View all posts by Steve Schult